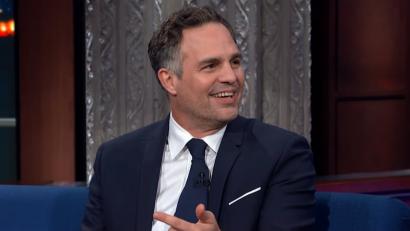 Actor Mark Ruffalo is out here saving the world one promotional interview at a time, at least he thinks so. Talking to a reporter about his new environmentally-focused movie, the climate change-obsessed celeb warned viewers that President Trump is “public enemy number one.”

Rufflalo starring in a movie about activists taking down a chemical company is a powerful recipe for some classic Hollywood virtue-signaling. The Avengers actor talked to British outlet Sky News about his new film Dark Waters in which he plays the man who takes on DuPont’s coverup of dumping toxic waste in “West Virginia over a period of decades.”

And since Ruffalo is a world champion lefty hack he couldn’t avoid lecturing the audience about certain folks’ reluctance to accept today’s Climate Change hysteria, including the king climate denier himself, President Trump, who has rolled back extreme Obama-era environmental regulations.

Rocketing into the president-bashing portion of the interview, Ruffalo let Trump have it. “The world should consider my president as public enemy number one at this point.” Wow that’s harsh. But hey, at least he admitted that Trump was his president.

Ruffalo told Sky, “What we do in the next 10 years will be crucial to the future of the planet. And this is only going to become more and more evident to us.” Yep, sounds like a slightly tamer version of Sanders surrogate AOC’s “climate change is our World War II” claim.

The actor’s Sky News interview was reminiscent of his more explicit interview with The Independent a couple days prior. In that sit-down he called Trump “public enemy number one” as well and elaborated: “Everything that comes out of his mouth is a lie. This dude is standing in the way of anything significant happening in the world as far as climate change is concerned. It’s f***ing terrifying and it keeps me up at night.”

He also invited other countries to help put a stop to Trump, saying, “I’m inviting the rest of the world to get involved in our next election, because the fate of the world is in the f***ing balance.” Yep, election interference is fine. It’s fine. Whatever. Ruffalo is a Class A nutcase.

Media Loved Castro As Much As Bernie – Maybe More