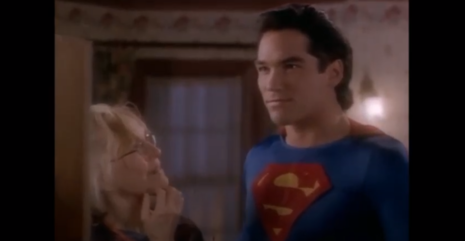 Liberal celebrities have unofficial PR pros at their beck and call.

When a progressive star does something wrong, chances are press outlets will either ignore or minimize the fallout. We’ve seen it time and time again.

The most recent, glaring example?

The press ignored Jimmy Kimmel’s blackface problem for as long as humanly possible. All the while conservatives repeatedly pointed out how Megyn Kelly and Jimmy Fallon were treated worse for lesser “crimes.”

Finally, the far-left Kimmel realized he had to address the issue personally.

Other progressive celebrities can say the cruelest things on Twitter, secure in the knowledge the press will pretend like it never happened.

The rare conservative stars enjoy no such support system. In fact, they experience something far different. Reporters pounce on their every misstep, both real and imagined. 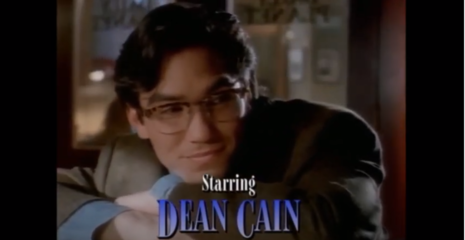 The star of Lois & Clark: The New Adventures of Superman recently blasted Cancel Culture during a Fox News interview. The conversation turned to a classic Superman phrase. Cain worried that line is now problematic in Woke America:

“I promise you, as Superman, I wouldn’t today be allowed to say ‘truth, justice, and the American way.’”

Reporters rushed to cover both the comments and the “backlash” against Cain from random Twitter accounts. That poor, confused conservative! Among those framing it that way included:

Yes, a surly Superman scribe Tom King weighed in, cursing Cain out and saying he included the phrase “American way” in a recent comic panel. A single comic book has a smaller audience than any Superman-themed film or TV show in our superhero-obsessed age.

Still, that’s not what Cain argued. He doubted he could use the phrase should he don the blue tights again. Here are two key reasons why he’s right.

The culture has changed dramatically, and for the worse, since King wrote that panel. Americans are tearing down statues of Presidents Teddy Roosevelt and Abraham Lincoln, and Mt. Rushmore may be canceled next if The New York Times has its way.

Patriotism is problematic, unless it’s sung by Lin-Manuel Miranda.

Does anyone think a screenwriter today, in the era of Black Lives Matter, would put the words “the American way,” sans irony or cynicism, in any Superman’s mouth now?

The 2006 reboot of the Superman franchise touched on that famous phrase, too, but with a catch.

Superman Returns featured Frank Langella as Perry White, editor of The Daily Planet. Once Superman officially returned in the film White asked his colleagues to tease out every angle.

“How is this gonna affect the stock market, long term, short term? Politics? Does he still stand for truth, justice, all that stuff?” White said.

They took “American way” out of the character 14 long years ago, and it wasn’t an accident.

“The ‘American way’ is kind of changing,” “Superman Returns” star Brandon Routh said at the time. “People can take that to mean many different things. The fact that it’s not in the film, I think, is powerful because really Superman has transcended America. And although it was founded on those basic values that we created in this country that’s not as important, maybe, as just the fact that he’s so inspirational to everyone and that he can be an icon to somebody halfway around the world.”

Let’s not forget how readily American film studios kowtow to foreign markets now, be it censoring material for China or removing American flags from the first man’s trek to the moon.

Naturally, the aforementioned news outlets didn’t mention the 2006 movie scene or Routh’s interview, all easily found with a few Google searches. They had a different narrative in mind. Let’s mock and belittle a conservative star.

Done and done, letting the “truth” get left behind.

[Cross-posted from Hollywood in Toto.]