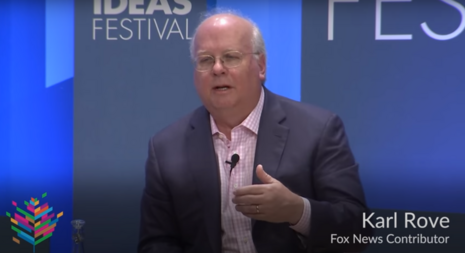 It’s always bizarre when Hollywood decides to produce media versions of well-known Republicans or conservatives. These are people they can’t possibly relate to. But that doesn’t prevent liberals from continuing to make movies or television programs that showcase evil Republicans.

The latest example of this concept is an upcoming film tentatively entitled College Republicans, a “fact-inspired” movie about young versions of such “political titans” as Lee Atwater and Karl Rove as they were decades ago, when America witnessed the “dirtiest election in its history.”

According to an exclusive article posted on Tuesday by Mike Fleming Jr., a co-editor-in-chief of film for the Deadline website:

Logan Lerman has been set to star as a young Lee Atwater, Asa Butterfield as Karl Rove and Kristine Froseth to play Kate King — a composite character who threatens their dreams of glory.

Fleming stated that Wes Jones, a Hollywood writer-producer, created the script, and production is set to begin next year.

The description of the movie should not inspire confidence for conservatives:

The film is set in the Summer of 1973, as America witnesses the dirtiest election in its history – for the chairmanship of the national College Republicans club. Young Karl Rove embarks with his not-to-be-trusted campaign manager Lee Atwater on a backroom vote-getting – and vote-stealing – road trip through the South.

He added: “Among the future Republican titans they form uneasy alliances with — and betray whenever convenient — include Paul Manafort, Roger Stone, and Jeff Sessions. But when Atwater meets his duplicitous match in a beautiful young Republican operative, their dreams of victory bring them all too close to humiliating, career-ending defeat.”

The film is based on research by Jones, and it tells the “darkly comic origin story of the modern GOP and the young opportunists who ended up, years later, reshaping the political landscape.”

“Whether for better or worse depends on your own political leanings,” Fleming added.

Schamus told Deadline that he had been interested in the script for a long time, and he looked carefully at the writer’s research before realizing that the names for some of the key Republicans were now relevant and had been restored to prominence.

“They were nobodies, but then you realize: That’s Paul Manafort? Roger Stone? Put those names back in,” he said.

As NewsBusters previously reported, this isn’t the first political project that Schamus has undertaken. Back in November of 2016, he was the producer of a television series that was based on the life of infamous Communist Karl Marx, who wrote the Communist Manifesto.

“Illicit affairs, revolutionary plots, murder-suicide pacts, midnight escapes, aristocratic luxury and Dickensian poverty — the true story of the Marx dynasty outdoes even the most fanciful of today’s invented soap operas,” he said at the time.

In 2020, the FX network created a hateful, fictionalized TV series about Phyllis Schlafly. It portrayed the conservative icon as cold, mean and connected to the KKK.

Surprise: CBS Actually Presses Warren on Whether Soleimani Was a Terrorist